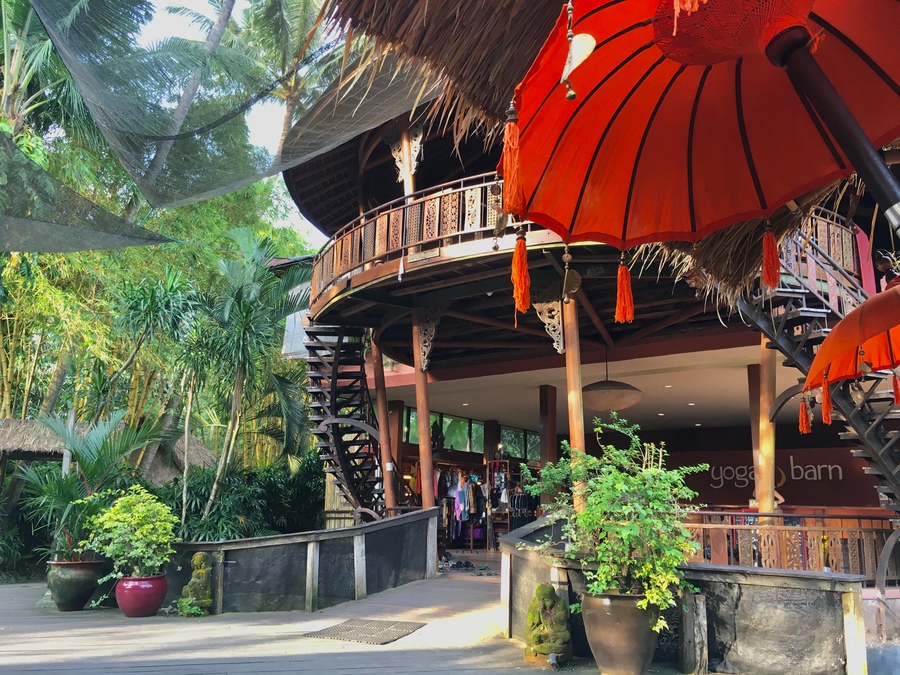 Today I was allowed to go outside again after my “lockup” yesterday. Not the best day, yesterday, but that’s me, traveling without any real plans. If I had known about Neypi by the time I booked my accommodation I definitely would have chosen a more peaceful location. A place where I wouldn’t have been surrounded by people drinking beer. But let’s forget about that now.

So well. I finally managed to attend my first yoga class since I arrived. I actually went to the Yoga Barn, even though it wasn’t a very appealing thought. But I simply didn’t know any other place (again, no research) and I was tired. I just remember it as a very busy place and I can’t really deal with that at the moment. But when I arrived it was actually quite quiet. And I saw the place again, a lot of memories flashing in my mind. Here I did my first detox retreat about two years ago. Of course I was quite affected by the fasting at the time so my memories are maybe not that accurate. But for me it was really hard being at such a busy place at the time, even though the detox group was pretty secluded. I just remember stepping out into the street in Ubud as a totally overwhelming experience. But I also have a lot of absolutely beautiful memories from that retreat. I met some amazing people that I still keep in touch with. Now I’m here more on my own. Or maybe not, at least not my whole stay. My retreat starts tomorrow, so I’ll be part of a group again. And it’s so strange in a way because even though I really want to meet some people at the moment I kind of feel it’s gonna be so hard being part of a group again. I usually feel this way. I always have this need to be able to withdraw without anyone asking any questions. And it’s shared accommodation on this retreat, I had no choice. It’s not that I have a problem with that in general, I have stayed months in dorms, but I want to be able to choose. And at the moment I feel that I need my privacy. But I know, I can’t change that so I have to accept the situation and try to make the best of it. And to be honest I feel a bit nervous about the retreat. I wouldn’t say I have a hard time sharing in general but at the moment it’s a challenge. But I’m choosing to trust my decision to book this retreat and think that it’ll be good for me. I’ve been burned some times so that has made me a bit cautious I guess. But I also know what you have to throw yourself into the unknown if you want to grow. So this is me trying.

Oh and the yoga was really good, just what I needed, yin yang yoga. I don’t think I have attended this type of class before, there are really so many different yoga classes. And I met a very nice Finnish woman who had Swedish as her mother tongue. She was actually the first person I talked to here except service staff. So it was really nice. Now I’m back in my not so happy mental state but at least I had a good moment today.